IS A PHYSICIAN AND THE FOUNDING & EXECUTIVE DIRECTOR OF GRAVIS HOSPITAL. A QUINTESSENTIAL HEALTHCARE LEADER WITH HIS RICH REPERTOIRE OF GLOBAL EXPERIENCE, DR. TYAGI HAS CONTRIBUTED TO VARIOUS INTERNATIONAL FORUMS, WRITTEN EXTENSIVELY ON MAJOR GLOBAL HEALTH ISSUES, SUPPORTED VARIOUS NON-PROFITS WORKING ON HEALTH AND DEVELOPMENT ASPECTS NATIONALLY IN INDIA AND INTERNATIONALLY AND CONTRIBUTED SIGNIFICANTLY IN THE FIELDS OF MATERNAL AND CHILD HEALTH, GERIATRICS, HIV, TB AND OCCUPATIONAL HEALTH THROUGH WRITING, RESEARCH AND FIELD WORK.

Dr. Prakash Tyagi is one of those rare, real-life-samaritans who shines under the spotlight, but sparkles even brighter outside it. After all, Dr. Tyagi has dedicated his life to the development of one of the most neglected geographies and marginalized communities of India – the Thar desert region and its people. It is a calling that isn’t normally associated with Page 3, and doesn’t make the headlines. And that is where his raw passion shines through. Driven by Gandhian philosophy (and the principles of Sarvodaya), and fuelled with a passion to make a difference in the lives of those who need it most, Dr. Prakash Tyagi and his organization (GRAVIS) has been combining expertise, collaboration and vision to mitigate vulnerability, secure sustainable livelihoods and create self-sufficient communities via self-rule. In the process, Dr. Tyagi has been ushering a large chunk of society’s disenfranchised into their rightful place under the sun. It is a truly inspiring chronicle of motivational leadership.

The odyssey of social amelioration began early in his childhood years. Despite being born in a reasonably well-off family, his ambience and community afforded a close view of the way the ‘Have Not’s lived. A deep desire to do something to improve the lives of his fellow brethren had started to take shape. He would, of course, have to wait and complete his education, before his mission could take off formally.
A student of internal medicine, Global Health and Geriatrics - Dr. Prakash Tyagi is an MD in Medicine. He has also been the recipient of a Fulbright-Humphrey Fellowship to study Global Health at UNC, Chapel Hill in the US, received a Ford Fellowship to study non-profit management at Columbia University in New York and have studied public policy through a Fleishman Fellowship at Tarry Sanford School of Duke University. In 2016, he completed a Post Graduate Diploma in Geriatric Medicine (PGDGM).
Equipped with the edge of medical expertise, Dr. Prakash Tyagi was ready for his life’s work. He took the big leap by founding GRAVIS Hospital and primary clinics in India.

Today, GRAVIS is been doing seminal work – a lot of it selflessly and away from the glory of public gaze – in domains like water security, food security and community health - in the Thar Desert of India and few other regions. The organization reaches out to about 1.3 million people living in abject poverty with its work and has helped the formation of over 3,000 Community Based Organizations (CBOs).

Health has been a major area of GRAVIS’ work and the focus has been on improving the health conditions of women, children and elderly living in remote, rural areas. Keeping this in view, Dr. Prakash Tyagi set up a comprehensive, rural hospital in a village of Thar Desert. This 65-bed facility is fully equipped and is manned with a team of well qualified doctors and nurses. The facility caters to people living in about 100 villages in the surrounding area and is a major source of medical help for about 200,000 people. In the last 15 years, the hospital has provided excellent medical services to women, children, elderly and other patients of the area. That apart, GRAVIS runs several primary care clinics.
But that’s hardly all. GRAVIS has an extensive outreach programme as well, through which it provides ante natal care (ANC) services, immunization and health education to women. For the last several years, the organization is also running an adolescent health education programmes which focuses on both girls and boys to educate them about sexual and reproductive health. GRAVIS’ outreach programme has reached over 200,000 women and girls so far.

In India, GRAVIS has emerged as one of the most prominent organizations working on rural health issues. GRAVIS hospital and outreach team have been able to provide curative and preventive support to over 400,000 rural patients. Over 3,000 birth deliveries have taken place at GRAVIS Hospital and over 40,000 women have been provided ANC and immunization support. 603 Village Health Workers (VHWs) have been trained by GRAVIS who are working in 492 villages. The VHWs have been instrumental in providing health education and curative support to about 250,000 women living in these villages. The VHWs have also done remarkable work in disseminating the advantage of government programs.

GRAVIS’ research work has also been very important and has helped in raising the concerns on rural health and drawing attention of concerned agencies and stakeholders. As an important impact of GRAVIS efforts, the awareness on rural health issues in India has increased a great deal. Health consciousness and health-first behaviour has improved significantly among rural communities and the coverage on ANC and immunization has increased. The number of institutional deliveries has increased remarkably. Rural communities have become more knowledgeable, more confident and healthier.

Besides leading GRAVIS, healthcare leader Dr. Prakash Tyagi has made some very important contributions to global health programs. He is a key contributor to a number of initiatives on ageing and health. In 2015, he provided global health consultancy services to Help Age International, the leading global Non-Governmental Organization on ageing. He has been in the global health working group of HAI for the last 15 years. He has also provided services to HAI’s ageing and health projects in Myanmar, Nepal, Bangladesh, Sri Lanka and Indonesia. In partnership with USAID, Dr. Prakash Tyagi led the knowledge component of a project in Kenya and Malawi that addressed livelihoods, climate change and health aspects. The intrepid visionary has led documentation of a community based health programmes in India and Sri Lanka for WHO special centre in Kobe, Japan. In the South Asian region, or the Indian Sub-continent, he led a research study on double burden of diseases.
Today, Dr. Prakash Tyagi is also a visiting faculty with AIIMS in Jodhpur (India), the Jodhpur School of Public Health in Jodhpur (India) and a Clinical Professor at the Department of Global Health, University of Washington, Seattle (USA).

What better way to document this kaleidoscopic and eventful swathe of experiences for posterity than the covers of a book? Prakash Tyagi’s inspiring leadership saga has been making a mark on the literary front with his writing endeavours as well. He has authored and researched extensively on occupational lung diseases and TB. Through academic and advocacy work, he has been able to highlight the prevalence of silicosis in stone mines and quarries.

So which direction does he see himself – and his team – headed in the near future? Dr. Prakash Tyagi is focussed on taking his primary vocation to the next level. And that means not only connecting the dots between community development and global level thinking, but more importantly, bridging the gap between global health and community health – ensuring that the attention and resources that is generously showered on the former percolate more into the latter.

Some of the specific areas where he would like to up-the-ante are welfare and well-being for the aged, shoring up efforts to address double burden of non communicable and communicable ailments (such as Malaria and TB) and to prevent and manage silicosis (a lung ailment that normally occurs when one breathes in dust that contains silica).

What is his prescription for policy makers, decision takers and the ‘aam citizen’ of the land? In Dr. Tyagi’s view – healthcare’s shining Samaritan - India needs every right thinking citizen to step up and take responsibility of taking society forward with awareness, alertness and greater public-private-government collaboration.

Teamwork, after all, makes the dream work. What Is Digital Health ID? Here’s What Y 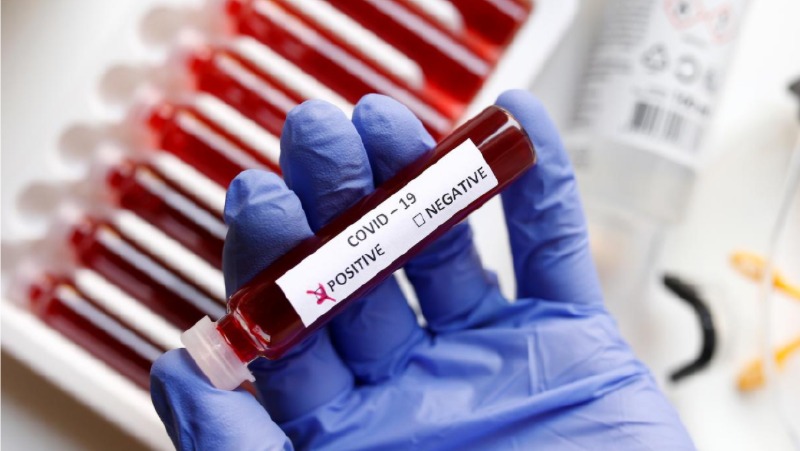